I have now started to write and read on mastodon, as @rasmus_kaj@mastodon.se. Mastodon is a federated protocol for micro-bloging. A short explanation of that is that it is a bit like twitter, but instead of everyone connecting to the same site, you can choose among many sites, or even run your own.

More than three months after the last release, is is now the time to announce rsass 0.26.0. There is a bunch of breaking changes and a bunch of improvements. The changelog has the whole (too long) list.

But this time, some of the changes may go a bit deeper. As usual, the breaking changes is breaking mainly to users who in some way modify the global context from rust code, maybe by providing their own builtin functions or maybe just by inserting a global variable.

Also this time, there is an improved way of calling ructe from a cargo build.rs program, see the Cargo section below.

I’ve had a light and a dark theme on this site since I switch from python to rust. But until now I have only used css @media selection to enable the dark theme, so it hasn’t been very discoverable. If you have a browser that supports the prefers-color-scheme query and you have found that setting and enabled dark mode, you have seen this site in the dark theme (and may not know that it had a light theme), otherwise you have seen the site in the light theme (and not known about the dark).

Sometimes I want to embed a video on my site. Most of the videos I want to embed are on youtube. Klicking “share” on a video and choosing embed, I get a bunch of html code I can copy into a post. Something like this, for example: 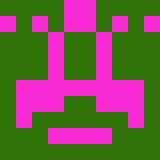